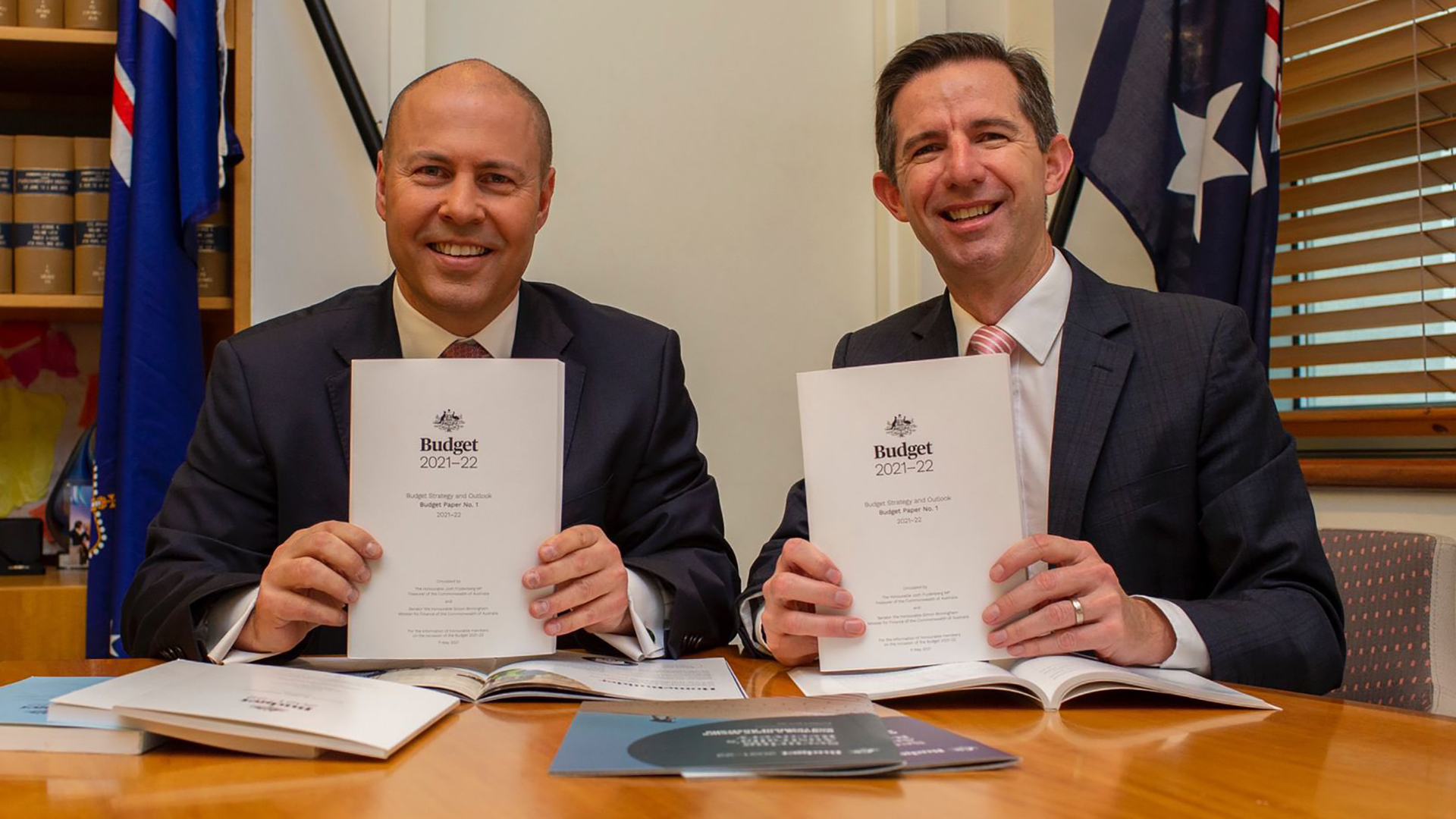 Following handing down of the 2021-22 Federal Budget on May 11, CME released commentary on the same night highlighting budgetary and fiscal measures relevant to the WA resource sector.

It was pleasing to see the Federal Government adopt recommendations made by CME and federal peak bodies on extending the investment allowances – Temporary Full Expensing and Loss Carry-Backs – until 30 June 2023.

Full Budget commentary can be viewed here. If you would prefer a downloadable version for printing, please click here. The accompanying media release can also be viewed here.

Interestingly, the Federal Government has revised its iron ore forecasts. In the Mid-Year Economic and Fiscal Outlook released in December 2020, it was assumed the price would decline by September 2021. This assumption has now been pushed out to March 2022. The Federal Budget made a notable mention – if the price were to fall immediately, nominal GDP would be $38 billion lower than forecast for the next year.

All eyes will now be on when the WA Government assumes the iron ore price will fall to its long-run average, with the State Budget to be handed down as early as September 9.

Before the State election, the WA Department of Treasury had assumed it would fall by August 2021. It seems likely WA will follow the Federal Government in adopting a conservative assumption, preferring to benefit from upside risk if higher than expected iron ore prices continue.

With our latest recruit in tow, – Eliza Torres, Senior Adviser Diversity & Inclusion – CME was pleased to attend CCIWA’s recent event ‘The Commonwealth Budget: What it means for women and the broader economy’ on Friday May 21 with Senator Hon. Anne Ruston.

The event was engaging, with several attendees submitting anonymous questions via Slido. CME was able to submit a question on the fringe benefits tax (FBT) treatment of childcare services, which the Senator said she would be open to. It was proposed a business case, with the productivity gains clearly articulated, should be submitted to the Department of the Treasury for consideration.

Further to a submission by member company South32 to the Board of Taxation in 2016, CME has been advocating for the FBT exemption for on-premise childcare services such as creche facilities to be extended to services delivered off-premise. In regional and remote WA where workforce participation and diversity are wanting, removing the 47 per cent tax paid by employers to support employees with the care of their children, would be invaluable. Member companies interested in supporting this initiative should reach out to L.Nguyen@cmewa.com.

CME’s annual economic contribution factsheets are a key plank of our advocacy and communications in demonstrating the WA resources sector’s contributions to national, state and local economies.

The factsheets are nearing completion and will be released in early June. The headline draft figures at this stage are expected to eclipse the 2018-19 national figures.

On May 25 CME participated in a skills round table hosted and facilitated by the WA Chamber of Commerce and Industry (CCI).  Industry association attendees represented a wide range of sectors and shared insights into the pressures being faced by increasing labor shortages across a growing number of industries. Despite a keen focus on strategies to manage these challenges, including training and relocation initiatives, participants agreed there was a need for urgent action and supported a proposal to collaborate on solutions.

Ahead of CME’s participation in the WA Government’s recently announced Skill Summit later in June, CME will continue to work closely with CCI and other associations to discuss possible immediate and longer-term solutions and collate data to support an evidence-based approach.

Companies willing to provide case studies and/or data related to current or expected shortages are encouraged to contact CME.

Water for the future

Discovery – from the CEO